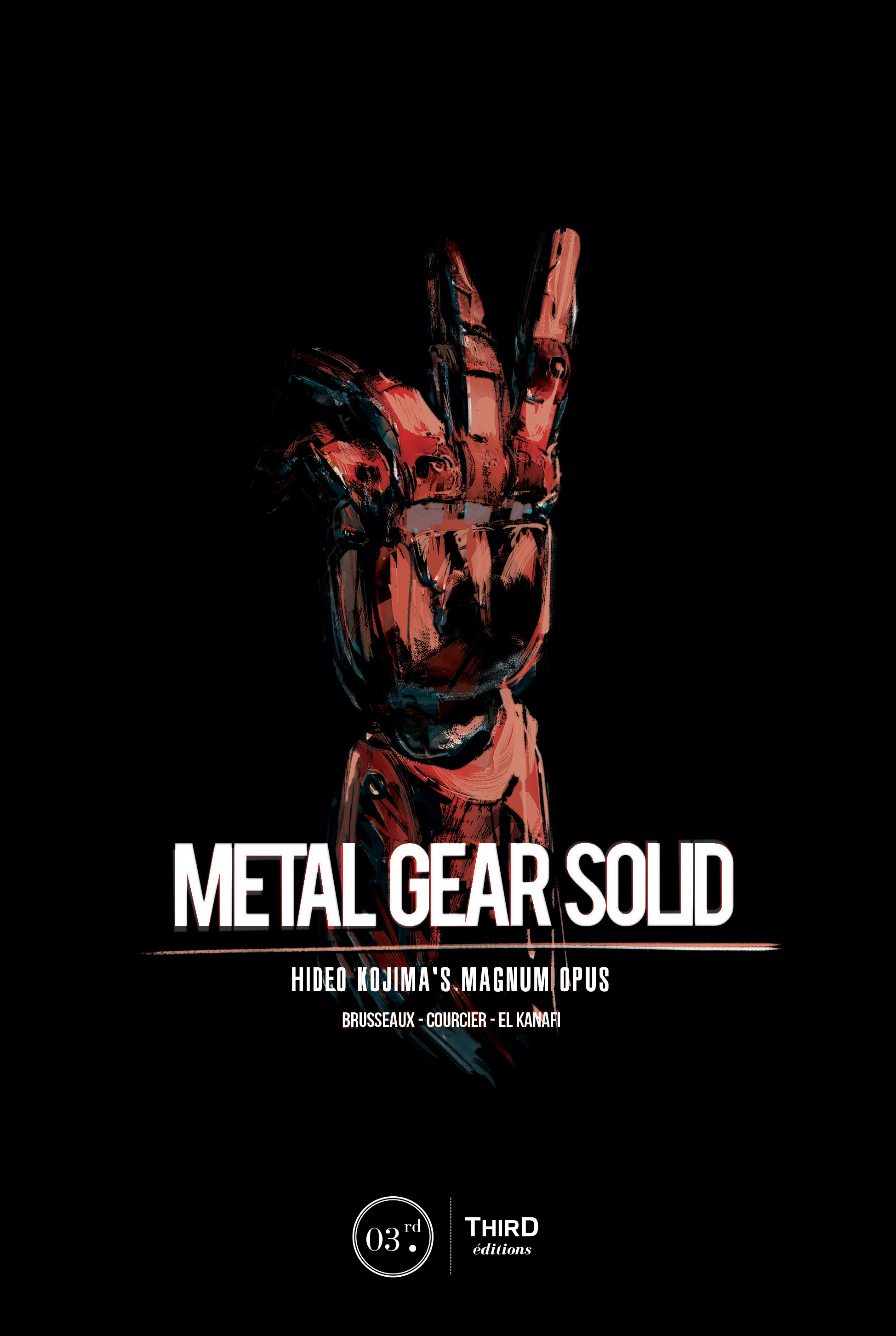 The Metal Gear series is unquestionably the pantheon of the great sagas of video games.

The Metal Gear Saga is one of the most iconic in the video game history. It’s been 25 years now that Hideo Kojima’s masterpiece is keeping us in suspens, thanks to its complex and deep scenario. As one of the pioneer of the stealth games, Metal Gear is its author shadow and present a varied content, a rich universe, some of the most memorable characters in video games, as well as a thorough attention to details. In this book you’ll find a complete panorama of the cult saga from Hideo Kojima, exploring all its facets: genesis of every iteration and trivia from the development, study of the scenario and analysis of the gameplay mechanics and themes.

In 1987, Kojima unveiled the first installment in the Metal Gear franchise for the MSX 2. This event would define his life forever. Before continuing with the creation of this franchise, the other works of this games designer deserve some consideration. In 1988, Snatcher was released on the MSX 2 and NEC PC-8801. This adventure game, similar to the interactive graphic novel, was inspired by Blade Runner (Ridley Scott, 1982) and the cyberpunk movement. Kojima’s interest in dense plotlines resurfaced. The game was subsequently remade for the PC Engine CD-Rom2 in 1992, and was enlivened by its use of voice acting. Snatcher was released in Europe and the United States on the Megadrive Mega-CD two years later. Its spiritual successor, Policenauts, appeared on the NEC PC-9821 in 1994, then on the PlayStation and 3DO in 1995 and the Saturn in 1996. For Hideo Kojima, Snatcher and Policenauts were major accomplishments in his career. He has retained a particular affection for these two games, so much so that they are frequently referenced in the Metal Gear series.

Nicolas Courcier and Mehdi El Kanafi - Fascinated by print media since childhood, Nicolas Courcier and Mehdi El Kanafi wasted no time in launching their first magazine, Console Syndrome, in 2004. After five issues with distribution limited to the Toulouse region of France, they decided to found a publishing house under the same name. One year later, their small business was acquired by another leading publisher of works about video games. In their four years in the world of publishing, Nicolas and Mehdi published more than twenty works on major video game series, and wrote several of those works themselves: Metal Gear Solid. Hideo Kojima’s Magnum Opus, Resident Evil Of Zombies and Men, and The Legend of Final Fantasy VII and IX. Since 2015, they have continued their editorial focus on analyzing major video game series at a new publishing house that they founded together: Third.

Educated in law, Denis Brusseaux has worked as a journalist for fifteen years and is a specialist in the two arts that he loves: cinema and video games. He has contributed to the magazines Joypad and Videogamer, and the website DVDrama. He also co-wrote the 2012 film The Lookout (French title: Le Guetteur), which starred Daniel Auteuil and Mathieu Kassovitz.